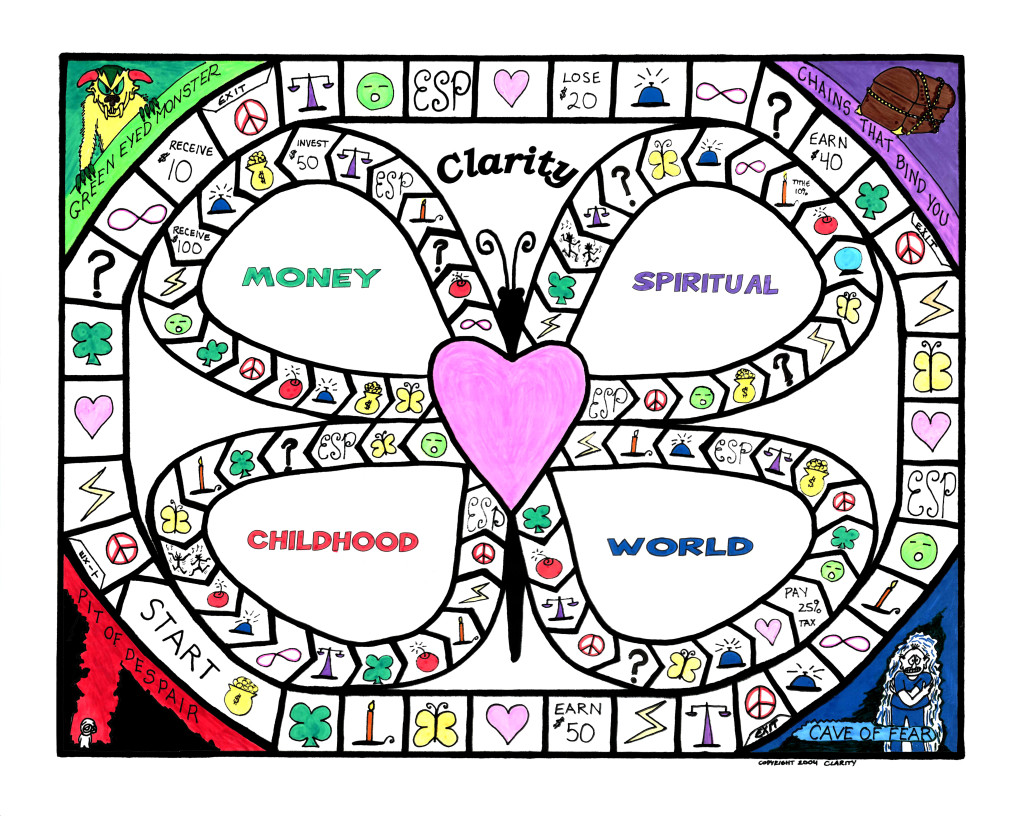 Clarity ~ The Game of Your Life

Also join us for Birthday Cake and the Lighting of the Chanukkah Menorah Candles between the 3:00 and 5:00 games.

Share the good news!  It may be five years before we celebrate another landmark anniversary again!

Everyone who participates in this weekends Clarity Birthday events (on Dec 5 or 6)
has an opportunity to save $60 on a Private Game that you can host for your friends or family! 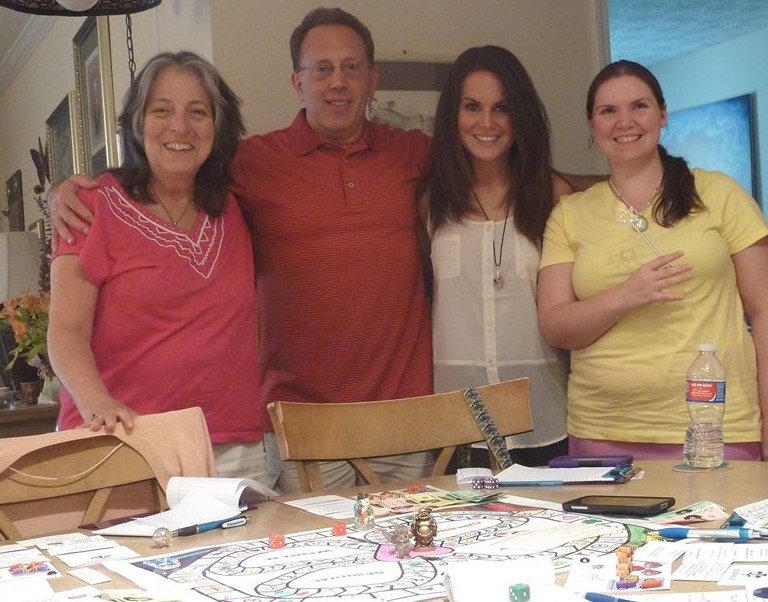 Join us for this FREE event @ Phoenix and Dragon Bookstore in Roswell !!

To celebrate the 15th anniversary of the Game of Clarity’s creation, Debbie Unterman is hosting a “Taste of Clarity.” This will be a shortened version of the game where you can get the answer to a question in about three moves (approximately a half hour of play). Come get your own Clarity and enjoy the festive game atmosphere! If you miss it, join us on Sunday, December 6th.

This game is designed to be a quick way to receive guidance, direction and insights on relationships, career, life purpose, health, money, or anything you choose. This will help you go forward in life more informed, as though you’ve been able to see your future clearly in a crystal ball. And as you are engrossed in the fun of playing, it actually coaches you through any blocks that have stood in your way with compassion!

WHERE: At the Phoenix & Dragon “North Annex” which is in the basement of Body Awareness Studio.  Go around to the left side of the building.

We’ll have snacks, gifts (while supplies last), door prizes and prizes for the winners of each Game.

Dec. 5th is the actual date that DeAnna and I sat down to create the vision I’d received a few days earlier on a drive home from Florida.  (Read the full story of its creation on my new blog post.) Not only does it fall on a weekend, but it coincides with the yearly holiday party they call the “Celestial Soiree” at Phoenix and Dragon!

That means refreshments, sales and events throughout the store including door prizes, live Hawks and Owls, and a chance to have your photo taken with the Wizard of Wonder!  (I still have a Polaroid of me sitting on his lap from about 10 years ago).

You’ve tried psychic readings – now come get your own Clarity!

The Game of Clarity Celebrates its 15th Birthday on Dec. 5, 2015 with “A Taste of Clarity” at Phoenix & Dragon in Atlanta

Clarity was born on December 5, 2000 out of my frustration with the 2000 Presidential Election still being undecided after a month. I wanted to find a way to help people take their power back.

In a flash of anger mixed with inspiration, I envisioned a game board with landing spaces and cards to pick, that would show players where they held judgments or set themselves up for time bombs to blow up in their face. Plus, they’d be able to see the magic and good fortune that was already around them!

Because of my background as an Alchemical Hypnotherapy Trainer I also wanted to create a way to help people get the benefits of a therapy session by “playing on their issues” instead of having to go inside and work on themselves all the time.

So there would be ways to roll the dice and test your body/mind connection, answer some moral dilemmas, and see your emotional hang-ups. Yet amazingly, it was designed to allow you to simultaneously  heal and forgive yourself and others all through the course of the game board.

Clarity was purposely designed to be played around a kitchen table with other people and not as a video game, despite the huge popularity of the gaming industry, so I knew I had my work cut out for me to popularize it. I was virtually creating a new paradigm of “Playing for the health of it.” Despite numerous attempts to sway me to create a computerized version, I stubbornly refused.

It was another ten years before modern neuroscientific discoveries validated the fact that social interactions and play are Higher Brain activities which are important for brain and overall health.

Clarity was created to be a game of intimacy and social interaction, as well as being a game of personal empowerment and healing. But most of all it’s fun!

You even get to dance, sing, test your ESP, or play jacks and pickup sticks if you land on the right spaces and wish to. Yet while you’re being swept away with the laughter and excitement of the game, your life is being played out right in front of you.

Just in case you have any doubt that it’s possible, you can see similar scenarios being validated by all the other players around the table. You leave having made new friends, feeling wonderful, and with clarity and direction on the next steps in your life.

For the last decade and a half I’ve been playing with people in Georgia, Florida, California, Nevada, NY, and North Carolina; and on a monthly basis around Atlanta for about ten years.

To celebrate the 15th anniversary of the Game of Clarity’s creation, we’re hosting a “Taste of Clarity” at The Phoenix and Dragon on Dec. 5.

A full game is three to four hours, but the we’ve always said that you can get the answer to a question in the first three moves which can take about a half hour to play.

Come get a taste of the miraculous oracular game that so many others have been captivated by. Bring a question you want answered or some direction you’re looking for and roll the dice for some amazing answers.

You’ve tried psychic readings – now come get your own Clarity!

FREE if you pre-register at http://bit.ly/1Mrpk7P

This game can transform your life!

Playing it gives you the space to
delve as deeply as you wish in order
to explore the subconscious
motivations ruling your life.

The Game of Clarity reflects the
extent of your self-esteem and
personal power, and actually gives
you the chance to clear blocks and
empower yourself while playing.